During this podcast we hear from Dr Gunnar Heuser

Dr. Heuser is a practicing physician of international reputation. He has coauthored several books and written numerous scientific papers and abstracts. He has been an invited speaker all over the United States, as well as Europe, South America and Australia.
Doctor Heuser has designed an objective, standardized testing protocol to document EMF related injuries.

Dr Heuser uses his experience as much as possible, to inform the public and his colleagues of the potentially devastating effects of environmental and electromagnetic exposure.

How COVID Patients Died for Profit

It's been clear that putting COVID-19 patients on ventilators was a death sentence since May 2020. Yet more than three years later, it's still the standard of care. Source Read more...

PFAS Are in Every Bite of Freshwater-Caught Fish

Freshwater fish - once among the healthiest foods on the planet - is now so contaminated that consuming even one a year may be dangerous. Source Read more...

Has COVID-19 laid the platform for not just one group's agenda, but agendas for multiple entities? Source Read more...

Why Are the EKGs of Pilots No Longer Normal?

With no public announcement or explanation, the FAA has 'widened the parameters,' meaning those with potential heart injuries are now allowed to fly commercial aircraft. Source Read more...

The CDC and FDA announced that their vaccine safety tracker flagged a potential safety issue in Pfizer's bivalent COVID-19 shot: an increased risk of stroke in people ages 65 and… Read more...

Vitamin B1 Is Vital to Protect Against Infectious Disease

A deficiency of this vitamin resembles sepsis - a primary cause of COVID-19 mortality - and it's relatively common in critically ill patients and associated with pneumonia and high fever.… Read more...

The Censorship of Mercola — A Timeline

They spread slanderous propaganda and target me because I publish evidence of the global cabal who consistently strip away your civil rights, threaten your health and steal your wealth. Source Read more...

Can Intermittent Fasting Change How Your DNA Works?

Fasting has known heart, cognitive and metabolic benefits, which may result from an impact on the circadian clock found in nearly every cell. Source Read more...

Asafoetida: Why This Stinky Herb Is so Beneficial

It may smell like rotting garlic and sweaty feet, but this little-known Indian spice possesses antiviral, antiparasitic, antibacterial, antitumor and many more properties. Source Read more... 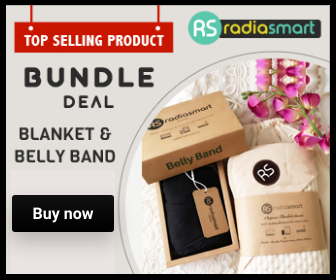